Want to listen to SiriusXM? What you need to know 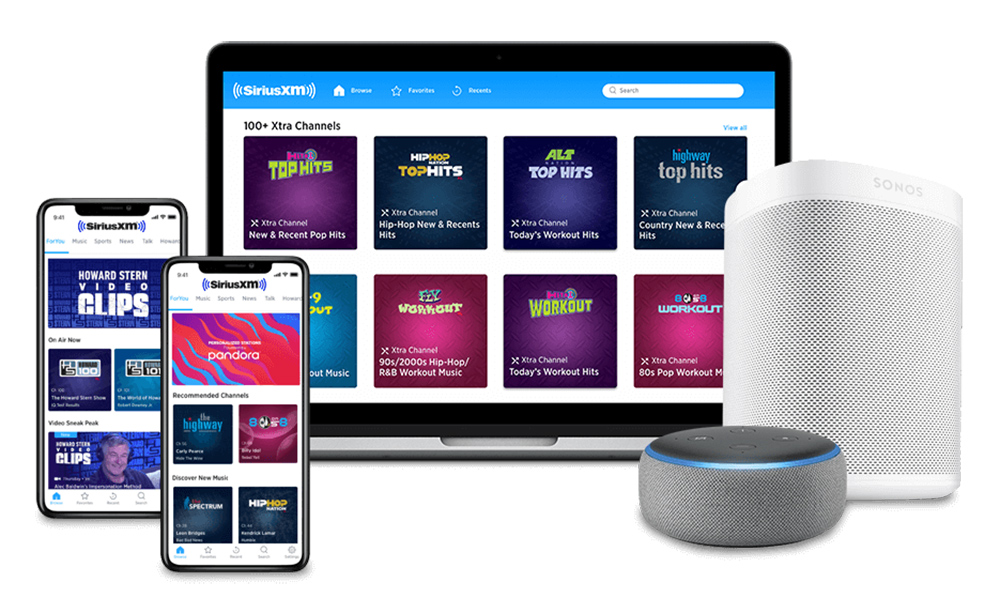 SiriusXM made its name from exclusive content and relieving boredom during long commutes, but is it worth paying to keep on listening?

Sirius and XM were once competitors until they merged in 2007, leaving one real player in the satellite radio space in North America. With the advent of streaming, the platform has become something of a hybrid, where you can listen from more than one source.

The basics are still very much intact from all those years ago, though a fair bit has also changed over that time as well. You might also get confused over what’s actually available and what isn’t.

To start with, there are actually three types of radios using the service: Sirius, XM and SiriusXM. Why are they treated separately? Well, they kind of aren’t, at least when it comes to newer vehicles. Basically, if you had an older vehicle, particularly from a model year that predated the merger, then your radio or plan would be specific to Sirius or XM based on whatever the automaker put in at the time.

This is the main reason why SiriusXM still sometimes refers to itself in two separate entities on its website. If your vehicle was manufactured after the two services became one, then your radio is effectively a “SiriusXM” one.

When your car doesn’t have it built-in at all, there are radios you can buy and install yourself to work with the car stereo. Some may also be able to dock into boombox speakers for home use.

You don’t necessarily have to go that route if you prefer to also stream the content. There are apps for iOS, Android and Windows 10, as well as through a web browser on a Mac. From there, you can listen to content via Apple CarPlay or Android Auto in vehicles or aftermarket head units supporting those platforms.

Access extends to smart TVs from Samsung, LG and Sony, plus streaming media boxes, like the Apple TV, Roku and Nvidia Shield. Sonos and Bose speakers can integrate it. You also have access through Google Home and Amazon Echo or Fire TV devices.

SiriusXM offers a three-month free trial giving you access to over 300 channels under its Essential plan. This excludes Howard Stern’s two channels, plus any sports play-by-play channels. However, you do get access to podcasts, the Xtra channels and even available videos. Bear in mind that Essential only works with the Internet side of the service. You won’t be able to listen in the car via satellite under this plan, but you can stream it.

If you go with Premier, then you get Howard Stern, sports play-by-play and even the exclusive Marvel Comics podcasts. SiriusXM highlights integration with the Pandora music streaming service, but it’s not much of an offer when said service doesn’t operate in Canada. You could theoretically get around that using a VPN, though I don’t think it’s worth it.

Three-month trials in vehicles usually come when you first buy or lease it. Sometimes you might get six months if the automaker or dealer offers that. It also applies if you buy a SiriusXM radio that you’ve installed in the car. The trial period is three months for those, too.

The easiest way to break this down is by noting what you don’t get based on the package you select. It’s also important to note that certain plans are only available if you have a car or radio that can play the content via satellite.

For example, Essential and Premier are for streaming only. Even if you were to listen in the car through your phone, you’d be using data to do it, not satellite. I already noted the main differences between those plans, except for the price. It’s $8/month for Essential, $13/month for Premier. You may also have the option to pay on an annual basis.

Assuming you do have a car or radio to play SiriusXM content, you would have to enter your RadioID/ESN or vehicle VIN to get things started. In case you’re wondering which vehicles are compatible, that list is right here.

It offers three main plans to drivers: Mostly Music, Select and All Access. All three of these plans also include streaming access.

Mostly Music ($10.99/month) focuses on the music channels, with a smattering of news, talk and entertainment sprinkled in, along with some podcasts.

Select ($13/month) has over 325 channels, including Howard Stern and NFL play-by-play. Nascar races, too, if you’re into that.

All Access ($21.99/month) has over 350 channels, and is basically an unfettered tier. It opens up all channels, podcasts, videos and sports play-by-play. It even throws in the Pandora integration, in case you can make any use of it.

Assessing the value of a SiriusXM subscription

For a service that made a name for itself during commutes, the COVID-19 pandemic took a real chunk from that. It’s a unique situation to be sure, and it’s a wonder how some have felt about paying for SiriusXM while working from home.

But its biggest draw has always been the exclusive and unique audio content available. Sure, there’s tons of music, but I’d argue it’s the talk shows that are the real driving force. Howard Stern is a given, along with the likes of Kevin Hart doing comedy, or Method Man hosting a podcast interviewing celebrities about Marvel comics.

In fact, it’s becoming clear SiriusXM is trying to stand out as a significant podcast platform. The most recent evidence for that is an announcement detailing a slew of new podcasts coming in 2021.

Whether that will be enough to justify the cost of subscribing is entirely based on taste and preference. While there are hundreds of channels, there’s a good chance you won’t settle on more than about eight of them. That may be plenty, depending on what you like to hear.

The good news is that SiriusXM is willing to be negotiable. New subscribers may get sweet introductory offers beyond the free trial. Existing subscribers may be able to get a lower rate. The only way to know for sure is to call and see what customer service is willing to dole out. Think of it like dealing with a carrier for your cell phone.

How much data SiriusXM uses

On a satellite connection, that’s not important because you don’t have to worry about it. When it comes to streaming, it’s the bitrate that matters most. You can go from Normal, High or Maximum, and if you’re using data, you might want to stick to the first two. On Wi-Fi, especially at home, you can go nuts with Maximum.

SiriusXM doesn’t release exact figures on how much data each level uses, but you’re probably looking at about 2-3GB per month on Normal or High if you’re streaming for an hour each day using phone data. On Maximum, that could easily top 5GB.