Thinking of getting Kindle Unlimited? Here’s what you need to know 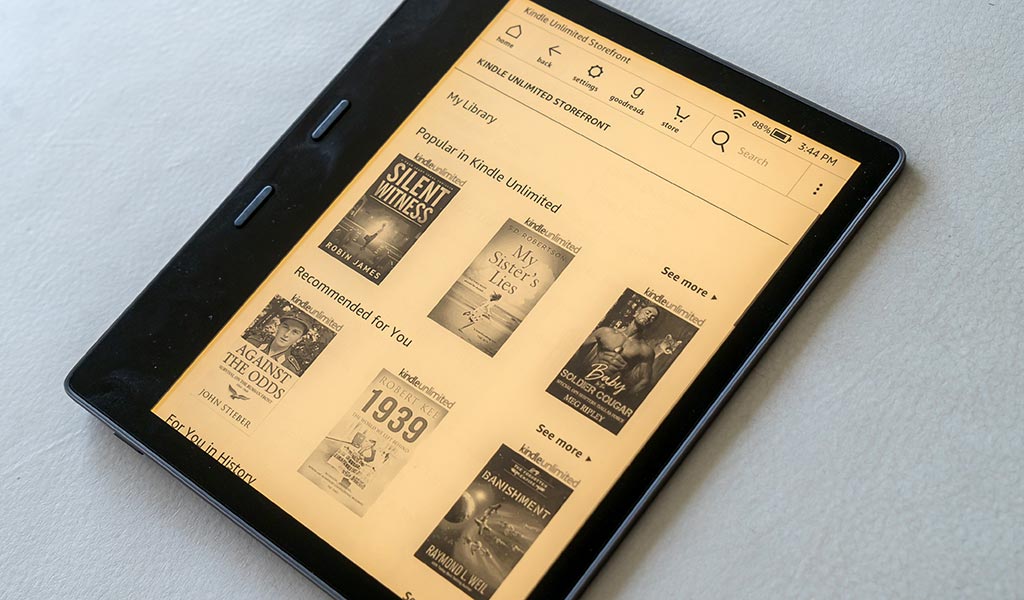 Amazon calls it “binge reading” when referring to Kindle Unlimited, its eBook subscription service, but it depends on what you want to read.

The concept of an all-you-can-read platform isn’t exclusive to Amazon, as others have been doing it. Kobo brought its Plus service to Canada to compete, and others are lurking to take a slice of the same pie. Bookworms everywhere can rejoice at having all these options, but since the Kindle is storied as one of the premier eReader platforms, it’s a wonder what subscribing actually delivers.

Access is the least of your concerns with the service. It works with just about every Kindle device made to date, as well as the mobile apps for phones and tablets. That also includes the desktop app for PC and Mac, as well as Amazon’s Fire tablets. For audiobooks, you can use the company’s Audible app to listen to those.

Conceptually, there isn’t much of a difference in how you access Unlimited’s content on those devices and apps. The same is true of Whispersync, annotations, definitions and all the other features specific to reading. You just don’t own anything you download from it, so you’re essentially paying a fee to borrow eBooks and audiobooks the service offers.

It’s free to create an Amazon account, and you don’t need to make a separate one for Unlimited. Amazon offers the first 30 days free, or the first two months for just $0.99. Quebec residents are excluded from getting the free trial, but not the two-month deal available for a loonie.

What you get for subscribing

Once that trial or two-month period is up, the subscription automatically moves to $9.99/month. For that, you continue to get access to over 1 million eBooks and thousands of audiobooks. Amazon highlights titles that fall under the service by placing a Kindle Unlimited icon and “Read for Free” label next to the price.

Here’s where things can get a little confusing. That Read for Free label also applies to something called Prime Reading, which Amazon offers to Prime members. The best way I can describe it is as a precursor to Unlimited. Prime Reading lets you borrow up to 10 eligible titles at one time. There aren’t a whole lot of titles available, but they are a mix of books and comics — some of which have Audible narration, too.

Prime membership has no impact on subscribing to Kindle Unlimited, either way. You don’t have to be a member to subscribe, but if you do, it kind of acts as a trial. The big difference is that Prime Reading is tiny by comparison to what Unlimited has.

Mind you, Unlimited is also only a small piece of the Kindle Store itself. With upwards of 6 million titles in the store, you’re getting less than a quarter of the full library. That has more to do with the publishing houses who refuse to participate, but it is something to consider because it forms the basis behind the service.

The five largest publishers either don’t offer anything through Unlimited, or have released a mere trickle of titles. The overwhelming majority are self-published works, which is fine, but if you’re signing up expecting to read any popular title you can get your hands on, you will be sorely disappointed.

You also have to put the $9.99/month into context. Many of the books available are under $10 in the Kindle Store, with a huge swath costing under $5.00. Are you reading more than two books per month? When you weigh the costs of the titles you download through the service, it may not make sense to subscribe at all.

There are some titles that are more than $10 or $20, so it’s not to say you won’t incur some value along the way. It’s just a crapshoot when the selection doesn’t include a majority of what the Store has. The good news is that you can browse through what Unlimited offers before committing to signing up.

Another way to look at it is through a Prime membership. I noted earlier that it was otherwise inconsequential, except for one caveat. There is a chance you will find a title you’re looking for under Prime Reading, which lets you borrow it for one month. If that’s enough to satiate your reading pleasure, then it’s a perk of being a Prime member that saves you from paying extra for Unlimited.

To try sweetening the deal for its subscription service, Amazon puts the Harry Potter series front and centre in promoting it. The seven volumes are all there, so you could theoretically sign up for a short time to read them all at a fraction of the price. There are also plenty of comics on there, including graphic novels and collected works that could keep you occupied. Even better if you can do it for a single dollar over the first two months.

Any way you look at it, you have to constantly balance the monthly cost with that of the content itself. Otherwise, you may be paying more to get less.

Is it worth subscribing?

My gut says no, but I recognize that everyone has different reading habits. If you’re a Prime member, my suggestion is to try Prime Reading first, and then go from there. If you’re not, give the two-month Unlimited deal a chance to see if you can justify the monthly fee after that. I’m pretty sure you will know by the time that initial trial lapses.

The good thing is you can cancel at anytime, so you’re not obligated to stick around if you don’t want to. And you can always sign back up again if you’re in a binging mood and want to get through an inordinate amount of material. For comic book lovers, there is some value here, given how many titles you can get through in a given month. If the COVID-19 pandemic leads to more time indoors going forward, Kindle Unlimited might make more sense.