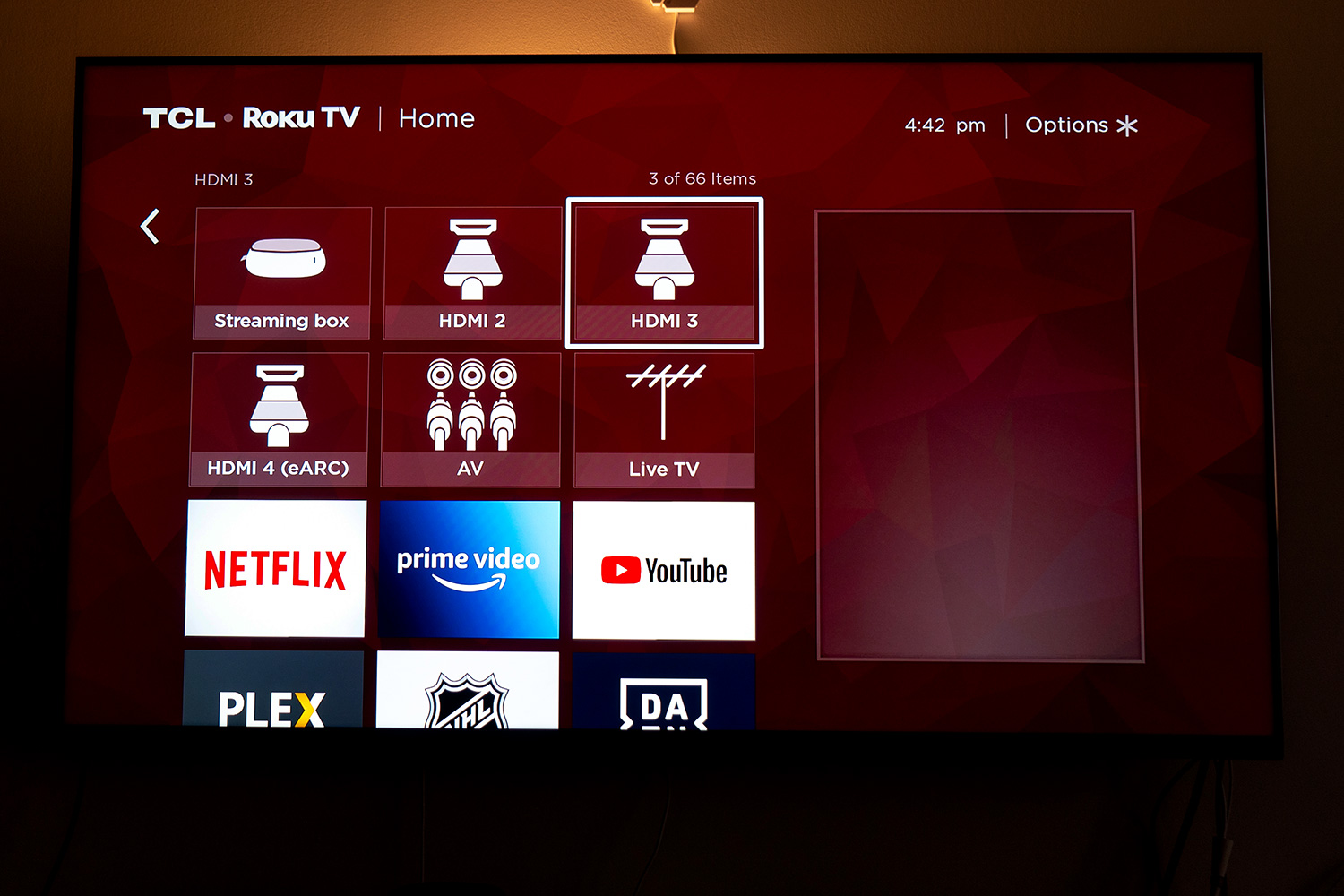 TCL continues its strong case for making good TVs that cost less than competitors, and if you’re willing, the 6-Series is worth trying.

Since TCL brought its TVs to Canada in 2018, it has routinely undercut the likes of Samsung, Sony, LG, and others, in a bid to build market share in the country. That means you, as the consumer, get to pay less for something that probably could cost more for what you get.

That’s the best way to describe the 6-Series TVs, which come in 55-inch, 65-inch and 75-inch models. Though my review unit was the 55-inch, everything I experienced with this size TV applies to the other two as well. Plus, having owned the same TV from 2018, two years do make a big difference.

The biggest reason why is because of the company’s QLED technology. Being an LED TV, which backlights the display, this TV has thousands of mini-LEDs that make up what TCL calls “Contrast Control Zones.” There are 240 of those zones, and what all that means is the LEDs in the back are better able to brighten, dim or shut off based on what the scene you’re watching requires.

The 2020 6-Series models are the first to do this for TCL — at least to this level. The company used similar technology in the 2018-19 models, except it didn’t have the miniaturized LEDs arrayed by the thousands. Having them pays real dividends in the overall picture quality you get here.

This is a 4K TV, after all, and it does come with a fair bit of visual and audio compatibility. For movies, shows and sports, Dolby Vision and Dolby Atmos deliver a one-two punch for picture and sound. Gamers get a THX Certified Gaming Mode that coincides nicely with support for Variable Refresh Rate (VRR). It’s a great package of features, though there is a limitation to the gaming side that I’ll point out later.

As always, TCL made this a Roku TV, so you get the goodies from that platform, as well as a built-in Chromecast. The included remote is a Roku one that includes dedicated buttons for Netflix, Roku Channel, Google Play and CBC All Access.

The TV itself also maintains the familiar design of the past, with a brushed metal frame and plastic back. The combination of materials helps make the TV relatively light, and the included legs are spaced out better than previous models.

There are four HDMI ports in the back, along with an optical audio, 3.5mm Aux-In, USB, Ethernet and coaxial. One of the HDMI ports is eARC, which is the port you want to use with a receiver or soundbar because it’s a two-way connection where sound can travel both ways to reduce latency. It’s also what helps enable features like Dolby Atmos.

Plugging in the cables to the TV is the easy part. The harder part is getting the picture settings right. Despite all its attributes, don’t assume the TV is perfect out of the box because it won’t be.

For starters, you have to adjust picture settings for every device or app that you use. In other words, you need to make separate adjustments for a streaming app like Netflix, as well as a game console, as an example. Some of the settings apply pretty equally, as I’ll point out here.

When you’ve launched a device or app, press the * button on the remote and go to Picture Settings. You want to switch Low Power to Normal, set Colour Temperature to Warm and turn off all the Smoothing and Action Clarity modes. For any app supporting Dolby Vision, make sure to turn that on as well.

For game consoles, use Gaming mode and try getting away with putting Action Clarity to Low. I would experiment to see what works best, though.

It’s a tedious exercise, but vitally important to getting the best quality from the screen. You could also look up how to calibrate the TV for perfect settings and colour correction based on your room.

One of the primary benefits of miniaturizing the LEDs in the back panel is better black levels. While it won’t match how amazing OLED TVs are that way, the gap is at least closing. The dynamic contrast ratio is also great here, and once you settle on settings you like, I think you’ll agree this TV belies its price.

The black levels naturally shift and change relative to what the scene demands. With neither a delay nor a halo effect ruining transitions, the screen just looks like it’s naturally doing what it’s supposed to. While I haven’t tested them, I do believe the larger 65-inch and 75-inch models may be better at it because they have extra space for more mini-LEDs.

TCL also fixed the banding issues that initially popped up in the 2018 models, adding some consistency and confidence to performance. Brightness is good for most rooms, so you won’t have a problem there.

However, viewing angles are not especially wide, so you’ll want to consider your seating arrangement before you go ahead with this. The lateral “sweet spot” for this, at least in my estimation, is no more than 3-5 feet from either side of the TV, at a distance of around 10-12 feet away. Your situation may vary but even if you were to look at this TV in a store, stand off to the side at about that distance and see what happens. The most obvious clue is desaturated colours and hazy detail.

I do also wish TCL would figure out a way to automatically recognize HDR and non-HDR content. As is, I have to turn it off for standard-definition content that clearly doesn’t support it. It may not bother you much if you’re not a stickler for such things, but it’s still there.

Remember that gaming caveat I mentioned earlier? Well, it’s going to matter to you if you want — or already have — a PlayStation 5 or Xbox One X. The 6-Series TV’s HDMI ports aren’t capable of doing both 4K and 120Hz. That’s a problem for next-gen gaming, and I’m not sure it’s something TCL can fix with a firmware update.

Instead, you’d have to settle for 2K (1440p) resolution at that refresh rate. This is a real bummer because the THX-certified Game mode is fantastic. Graphics, colours and black levels all look fabulous on this screen. It’s just a shame you won’t get the most out of the resolution and refresh rate.

With sports, you don’t really have to go into Sports mode. I found Normal was perfectly fine, and have thoroughly enjoyed watching sporting events on it. I imagine you will, too.

Is the 6-Series worth it?

When we’re talking about $900 for a 55-inch, it’s hard to argue otherwise. This TV’s performance is probably worth more. At $1,300 for the 65-inch, and $2,000 for the 75-inch, the prices are more than competitive. And it’s more worth it this time because the mini-LEDs aren’t limited to one model, like they were last year.

If you’re not into gaming at all, don’t worry about the 4K and refresh rate limitation. It won’t matter to you. Indeed, for most scenarios and homes, the 6-Series will fit right in. So long as you put in some effort to get the right settings, you won’t be disappointed.