Streaming docs on History Hit TV? What you need to know 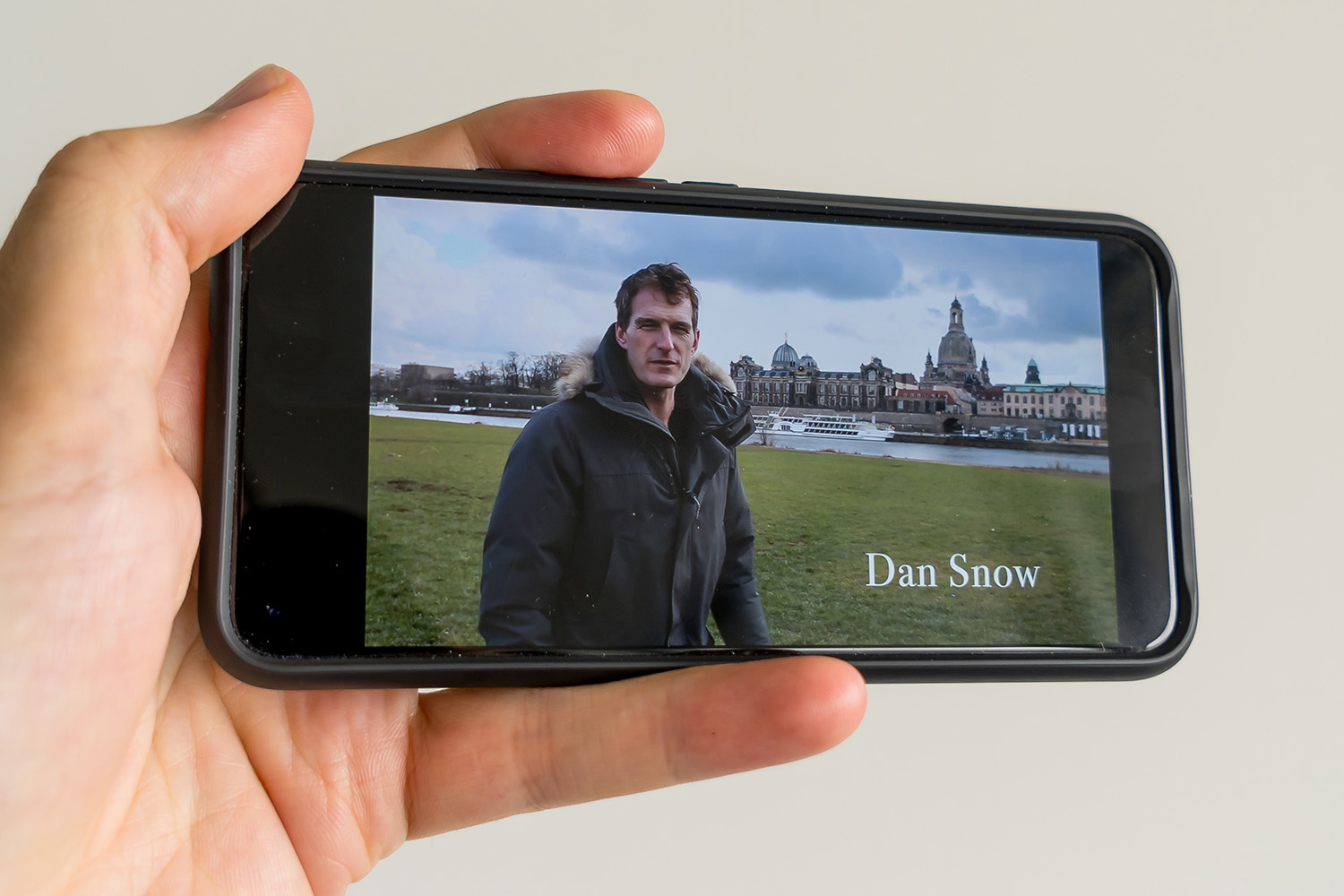 Those who developed History Hit TV consider it “like Netflix for history” because of the breadth of documentary video and audio content available to stream.

If you’ve never heard of History Hit TV, you’re probably not alone. But it’s growing, and is actually part of a bigger media package when you include free content on YouTube. British broadcaster Dan Snow started the streaming service with the premise of making history content that wasn’t constrained by traditional cable TV.

The content spans ancient civilizations, to the middle ages, medieval times, 20th century and contemporary periods. Whether you’re generally curious or focus on a specific time or subject, you’re likely to find something intriguing to watch. It’s just a matter of whether you think it’s worth paying for in the long run.

The platform covers some decent ground as far as supported devices go. There are apps for both iOS and Android, and you can always watch within a web browser. That’s how you would do it in Windows and macOS. History Hit doesn’t mention an app for ChromeOS, except there is a dedicated one for Chromebooks.

It’s got good coverage on the TV side as well. You can download the app for the Apple TV, Roku, Android TV (or Google TV), Amazon Fire TV, or cast via Chromecast. Any TV that supports some of these platforms are already compatible, giving you a good head start. There are no apps for game consoles, in case you’re wondering.

History Hit offers a 30-day free trial to test out the service. You get unfettered access, so no content is kept away from you, letting you watch or listen to anything available. When you do sign up for an account, you are also committing to paying after the trial ends, but canceling before that won’t cost you anything.

There are two options to go with. You can go monthly for $7.99/month or pay for a full year at $65. The latter is clearly the better deal, saving you $31 before taxes. That is, of course, if you plan to stick around for that long.

As a subscriber, you can download anything available for offline viewing or listening. That’s convenient if you’re travelling or commuting and have no access to stream. Even better if you’re trying to ration your monthly data for whatever reason. Monthly subscribers can also pause their accounts for up to three months (annual subscribers can’t), though you can only do so if you originally signed up on the website.

It doesn’t clarify how many devices can stream at one time, nor if there are limits on how many devices are registered. As is, it is possible to share a subscription with someone to split the cost, only I’m not clear on how far that goes.

While there are forums to discuss any of the content — or history in general — I didn’t see robust participation thus far. Part of the reason may be because they’re only available on the web, and not the mobile apps, but I can’t be sure. Either way, the content is what drives everything, and there are hundreds of video documentaries, including audio-only shows and podcasts to dive into.

History Hit TV streams in up to 4K resolution, though will throttle things down if your connection can’t handle it. The service says 22Mbps is necessary for 4K streaming, whereas 1080p needs 7Mbps and 720p needs 3Mbps. The mobile apps don’t distinguish between those settings, leaving it to more ambiguous Auto (Highest), Medium and Low settings. You can do picture-in-picture, so that content still plays while doing something else on your phone.

Regardless of the screen you’re looking at, you shouldn’t have a problem with how everything looks. From a phone, tablet, computer and on to a TV, I found quality to be highly consistent.

How much data History Hit uses

History Hit doesn’t give much in the way of data usage, making it hard to tell. It only suggests adjusting the stream quality if you’re dealing with buffering or running low on data. If I were to hazard an uneducated guess, I would think that an hour’s worth would probably take up 2GB. I could be off on that, but it would be consistent with where other streaming services currently sit.

Interestingly, there’s no option to only stream over Wi-Fi. However, you can download content to watch offline, saving you on data if that makes things easier. There, too, you can decide what quality to download, in the event you’re worried about taking up storage space. Once you download a video, you have 30 days to start viewing it. When you do, you have 48 hours to finish it before having to download it again.

The key to History Hit’s content is that it’s original. While some are “community” docs produced under other umbrellas within Little Dot Studios, the company running it, others are entirely exclusive. Chances are, the docs on here won’t be available anywhere else, and that’s part of the draw. If you’re a history buff looking for a good fix of knowledge, it’s a good place to start. And while Snow doesn’t outright say it, this service is what the History Channel should be.

There is an obvious British focus with some of what’s there, though plenty of docs go well beyond that. Some are about war, others about political intrigue, revolutions, social impacts, or even an archaeological dimension. The good thing is that new docs go up there monthly to keep things fresh.

It also depends on your interests. You could sign up for the free trial and cover just about everything you want to watch if you’re tuning in regularly with a narrower focus. What’s neat is that it’s not just standard docs. There are exclusive shorts, interviews with veterans and historians, as well as audio docs that tell stories like audiobooks or podcasts.

The cost, especially if you amortize the annual subscription, comes out to $5.40 per month before tax. That’s much cheaper than $7.99 monthly, but you’ll have to gauge whether either payment is worth it. You’ve got 30 days to do that, which is more than enough time.