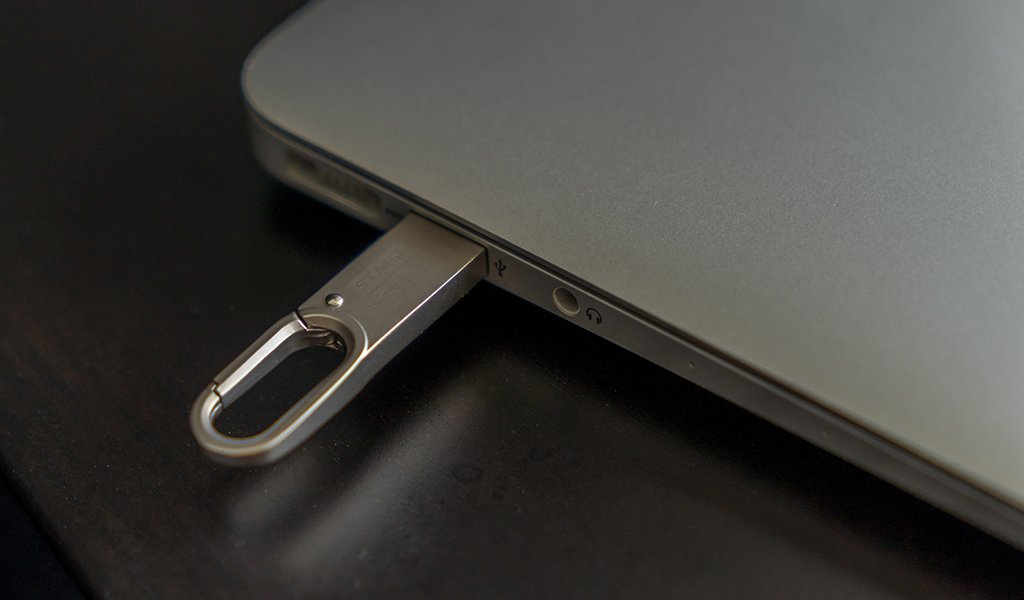 Looking to give your old computer one job to do? Plug in a StartMeStick and you may be able to breathe new, one-dimensional life to it.

That’s the ultimate premise behind this singular device that looks like any other USB stick. Only when plugged in, it runs on a Linux-based operating system that bypasses your computer’s Windows or MacOS to run a smooth and fast web browser.

The Montreal-based company behind this is the same outfit that made the popular FixMeStick, which helped to use a computer infected with malware. The StartMeStick won’t get rid of viruses, but could be what the doctor ordered for a machine that’s become bogged down and terribly slow.

Rather than toss it into the electronics recycling bin, the company feels you could salvage something out of it through this stick. What it gets you is a web browser that runs on its own, with privacy and security in mind. The Chromium browser inside is actually an open-source version of Google Chrome, so it is a legit program. That also makes it capable of doing a lot of the things you’d want to do on a browser, like stream video, use social media and access email accounts, among others.

The stick has no real internal storage, and because of that, doesn’t store any personalized info about you. That also means you can use it on as many computers as you can get your hands on. If you’re borrowing a friend’s laptop, or accessing a shared computer, you could use the stick to anonymize your usage and not change a single thing on their computer. On top of Chromium, it also uses the Tor browser, which is one of the most private and insulated you can find, complete with a VPN (virtual private network) to anonymize your location.

Because it’s not installing anything on the host computer, the stick is a standalone device that won’t leave a trace of your browsing history on it after you’re done. The only thing it absolutely needs to do anything at all is an Internet connection. So long as you have that, you’re good to go.

There’s not much to the setup, either. When plugging it into a PC or Mac, there are PDFs in English and French covering the setup instructions. They differ a little between the two different platforms, but in either case, the steps are easy to follow. Once the initial start is done, a browser should appear with the option to register the stick to qualify for the warranty.

There are some important caveats to point out when it comes to compatibility. First, the stick will work on Windows PCs with at least 1GB of RAM going all the way back to Windows XP. The Surface Pro 2, 3 and 4 are also supported, except the Pro 4 needs a wireless keyboard and mouse. I tried using a wireless one with mine, and it didn’t work, so it is indeed true.

For Macs, things are bit more restrictive. Only Intel-based Macs from 2006-17 will work with it, whereas anything from 2018-onward isn’t yet compatible. Again, I tried it on my 2018 MacBook Pro, and got nowhere. You can’t use it with iPads or other tablets. It’s strictly for computers.

Like most things in this world, nothing comes free. That’s also true of the StartMeStick, which requires a subscription to keep it active. To make that easier, you can pay just $15 to start for what is essentially a 30-day trial. You could also buy the stick for $80 to get a full 12 months of service included, or pay $200 for two years’ worth of access.

I can see how that might leave a sour taste on the device. Why pay to use it in perpetuity when it really only serves a simple purpose? The company addresses this in its FAQ, where it makes the case that rather than collect data about you and sell it (as Facebook and others do), it can know nothing about you and collect the fees instead.

When put in that context, it’s an understandable trade, but still a bit hefty a price to pay for something that isn’t a full-on computer replacement. More tech-savvy users will know how to build bootable Linux-based platforms like this with existing USB thumb drives, though that’s clearly not the consumer target here.

Using the stick’s browser-based platform kind of felt like an original Chromebook. At the time, Google based its Chrome OS on the Chrome browser, rather than the more multi-faceted computers Chromebooks are today.

There weren’t too many restrictions that I encountered along the way. I streamed content on Netflix, Disney+, NHL Live, YouTube and Spotify, among others. I could read eBooks on the Kindle or Kobo sites, and check email or social media with little trouble. Even Zoom calls weren’t hard to do. It was easy to notice the speed and lightweight navigation experience throughout.

What I couldn’t find was a way to filter or control what kind of content might be inappropriate were I to give this to a child to use. Google offers some parental control in Chrome, but I didn’t see the same features available here. Just food for thought in case you’re thinking of handing down a computer to a youngster.

As far as browser extensions and other productivity tools associated with improving performance, those aren’t readily available, either. It’s also worth mentioning that privacy only applies to the browser itself, not necessarily what you’re logging in to. For instance, getting into your Facebook account here would be no different in what data they collect compared to any other browser. Why? Because you logged in with your account, taking away the anonymity you would have if you hadn’t.

The keychain carabiner is a thoughtful design choice, simply for reducing the chance of losing it. Given how small the StartMeStick is, it is something you could lose if you’re careless with it. In case you do, it shouldn’t be an issue because it doesn’t store anything about you (outside of the Wi-Fi networks you had logged in to).

Whether or not the StartMeStick is worth it to you really depends on if you have an old computer still lying around. It can buy you time before getting a new one, or give someone in the home access when they only need the basics to get online. That’s really the only way to justify the upfront cost for using something like this. Your old computer is slow to the point of being frustratingly unusable, so you cast it aside, but haven’t given it the heave-ho yet. That’s where the StartMeStick makes the most sense.

Otherwise, if you’re getting a new computer and have no use for the old one, you may not be as inclined to spend extra to keep it around as a backup web browser.