Pulse SMS is a premium Android texting app. Here’s what you need to know 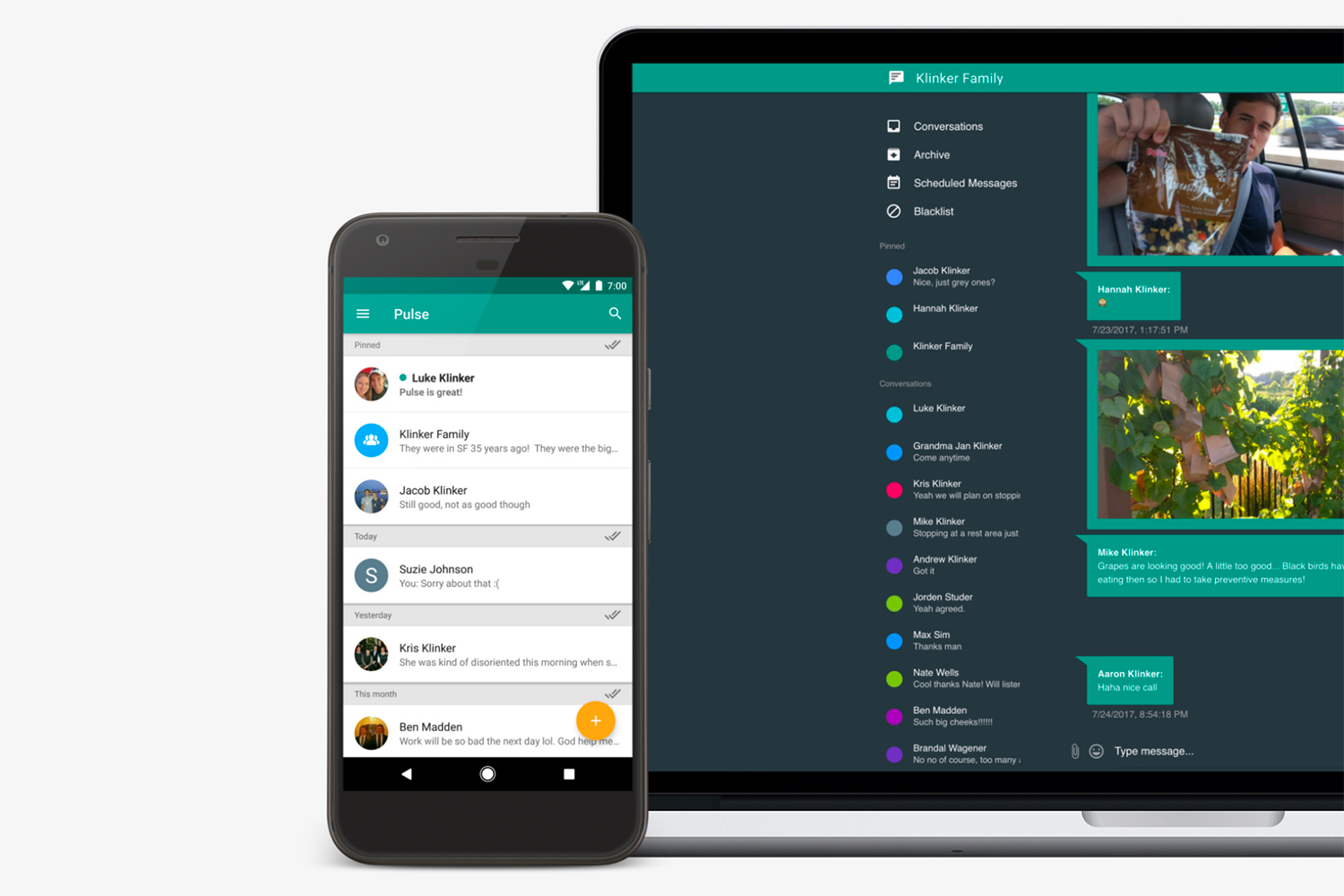 Android is a pretty open mobile operating system, leaving each phone manufacturer to use its own texting app. Pulse SMS serves as a unifying app that could work across devices, but to get the full effect, you will need to subscribe.

Ask any iPhone user about one feature they would have a hard time giving up, and iMessage is probably near the top of the list. Apple’s messaging platform is a staple on its devices because it feels seamless. So long as you’re connected to the Internet, you can send and receive messages instantly — and across different devices.

Such an experience has been sorely lacking for Android users. While apps, like Facebook Messenger, WhatsApp and Signal are all reasonable alternatives, they won’t work if you don’t have a data connection or Wi-Fi. Pulse SMS, developed by Klinker Apps, is a texting alternative, and one reason why it stands out is because it works on more than just your phone.

Any Android phone running version 5.0 can run the app, so it’s widely accessible. The only caveat is that it needs Google Play Services to run properly, which means it likely won’t work with particular Huawei phones that are lacking that access, like the Mate 30 Pro and P40 Pro, for instance.

Pulse SMS does also work on tablets, Wear OS, Samsung’s Tizen smartwatches, Android TV, as well as Windows, MacOS and Linux. It works on just about any desktop web browser, so you can access it even if you don’t download the desktop app.

Same with a computer, where your Chrome, Firefox or Safari browser needs to be reasonably up to date. Other browsers will work just fine, so it’s not exclusive to those. Since your account ties everything together, you can access the same features on the app or browser.

If you only use it on your Android phone, Pulse SMS is entirely free. There are no catches to it, either, as in limitations to how much you can text, or sending MMS messages, for instance. So long as it’s your default messaging app, which you can set up after first installing it, you won’t have to pay a dime.

Klinker offers a 7-day trial for the multiple device functionality. After that, you can choose to pay $0.99/month to unlock the features, $5.99 for a full year, or $10.99 for a lifetime membership. Once you’re a member, you can start texting and receiving messages on the other platforms Pulse SMS works on. There is also no limit in how many devices you can use to access it.

That does matter because of how much easier it makes it to switch phones. I was able to restore everything on my new phone by logging in to my Pulse SMS account and going through the quick process. So long as your SIM card is in your new phone, that’s where messages will go, and then mirrored to the other platforms you connect with.

The app’s FAQ section is a good resource in answering a lot of the questions you might have about how it works.

The most immediate comparison is with Google’s own Android Messages app, which serves to provide the same function. But, at least in my experience, it is too much of a mixed bag compared to what Klinker has pulled off. Messages doesn’t make migration easy when you’re trying to import texting history from a different SMS app. For example, when I tried to do it from OnePlus’ app to Messages on a Pixel 4 XL, it was a total waste. Nothing would move. With Pulse SMS, however, I could make it happen by using SMS Backup and Restore to first export the messages, and then populate them intact in Pulse SMS.

Messages in the app are also end-to-end encrypted, so you do get some privacy in that regard. They’re also stored in the cloud that way, making it so much easier when switching to a new Android phone. Once you log in, it pulls down everything, including group chats, images and settings.

There is one area that Android Messages has a head start in, and that’s what’s called Rich Communication Services (RCS). Basically, this gives iMessage- and WhatsApp-like features you’ve come to enjoy, like read receipts, real-time views of someone responding and faster performance. As of now, only Messages and Samsung’s Messages app support it, meaning you get those types of features between those two apps.

RCS will eventually replace SMS as the texting standard, but it’s been a slow roll so far. That limited rollout also means third-party apps (well, except Samsung) haven’t been able to access it yet, including Pulse SMS. Wireless carriers will have to embrace it as well. Eventually, Google will open it up so that adoption is common, but we’re not there just yet.