Collectibles are fast becoming assets you can invest in 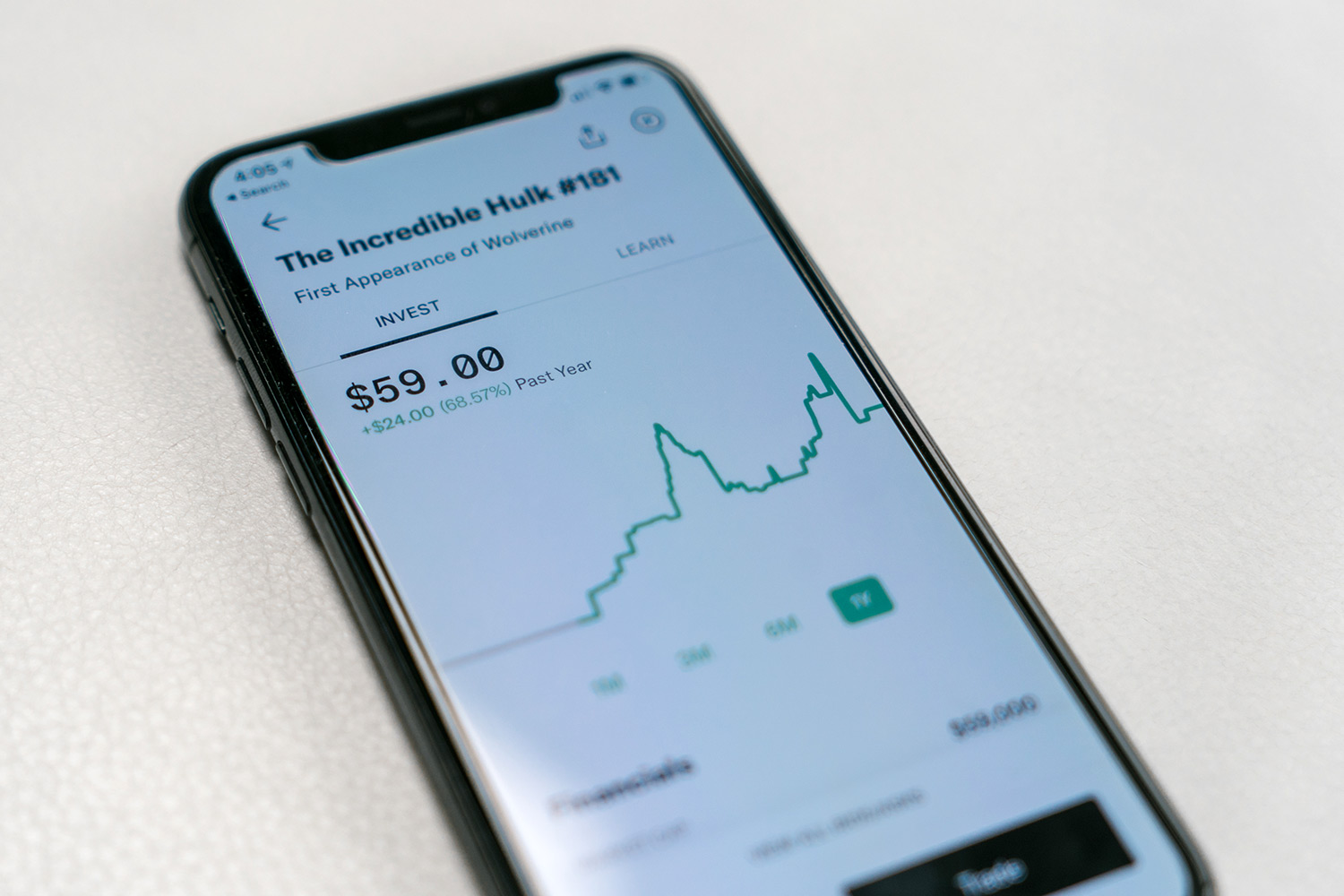 Rather than stocks, bonds or other securities, some investors are looking at sports and pop culture collectibles as asset classes long-term.

People have been collecting things for a long time, but historical artifacts are considerably different than pop culture items or creative content. Collectors have accumulated large collections of sports cards and comic books, and some individual cards or books can be worth small fortunes today. Since some of them are out of reach for interested collectors, why not buy shares in one that you like and benefit from an increase in value?

That’s the premise behind a spate of apps or services venturing into that territory. It’s an interesting space to consider parking some money, except it also has its own set of rules and circumstances to think about first.

I mentioned sports cards and comics, but assets extend to sneakers, toys, artwork and other pop culture items. It’s pretty simple: if there’s demand for collectibles, especially over time, and there’s a demonstrated (or perceived) scarcity for them, then they may be worth a lot of money.

I’ll give you a couple of examples. For those who know comics, The Incredible Hulk #181 is the first appearance of Wolverine, the beloved Canadian character and one of the most popular X-Men. That comic book has skyrocketed in value over the last 25 years. In 1996, a near-mint copy of that issue may have sold for between $400-$750. In 2021, it routinely sells for over $20,000 in that same condition.

When you go beyond that, the numbers get crazier. An autographed game-worn pair of Michael Jordan Air Jordan 1 sneakers from 1985 sold for $560,000 (USD) in March 2020. This was an auction by Sotheby’s in London, an organization known for dealing in art worth millions of dollars. A year later, in March 2021, a Wayne Gretzky rookie card considered “gem mint,” meaning it was a perfect 10/10 condition, sold for a record $3.75 million (USD).

Part of what feeds this frenzy with collectibles is perception, but the biggest driver is speculation, much like stocks and commodities. Disney’s ownership of the Marvel Comics Universe (or MCU for short) breathes life into characters that were first created in comic books decades ago. The same is true of sports, where nostalgia often fuels demand for memorabilia.

Who’s offering them to you

Soaring values put outright ownership of some of these assets out of reach, and that’s where the apps and services come in. Some call this “fractional ownership” and it’s aimed at anyone willing to buy in. One that comes to mind is Otis, a trading platform that lets you buy shares in what it calls “drops,” which are the assets themselves. Whatever the fair market value of that asset, Otis presents a share price that you can buy in at. In that regard, it’s really no different than stocks, except the number of actual available shares is naturally much lower.

Otis has an array of items, including valuable comics, cards, artwork, sneakers, video games, and even apparel. Each listing has a synopsis explaining what it is and why it’s valuable. Even tech products are starting to appear, including the original Apple iPhone in its original unopened sealed box.

Mythic Markets is another, though it is currently on hiatus as it goes through some changes. Collectable is another, though its app isn’t available in the Canadian App Store for iOS, or Google Play for Android. Dibbs focuses entirely on sports cards, and even sometimes ties gains and losses based on how a currently active athlete performs. RallyRd has an app called Next (also not available in Canadian app stores) that even includes historical artifacts and classic cars to its list of trades.

Getting in as an investor

These services aren’t based in Canada and deal in U.S. dollars, made even clearer when you have to link your bank account. If you have a USD account with a Canadian bank, you should be fine, but not a guarantee. If you have an account with an American bank, you’re definitely good to go. You may also have an easier time if the bank has a U.S. presence, like TD does. In effect, this lets you trade in collectibles without a broker and without having to transfer funds to an investment account.

There are still fees, though, and it’s why I highly recommend you read the fine print thoroughly so you understand the rules. For instance, you may be able to buy in to an asset, yet not be able to sell your shares for at least a 90-day period. In other cases, you can buy and sell shares like anything else. To sell shares, however, you would need the buyer to also have an account with the same service.

Also, these items aren’t sold on consignment, meaning they’re not owned by someone who has put them up as an IPO (initial public offering). From what I can tell, the services own them, often creating different LLCs (limited liability companies) for them, so that people buying shares aren’t effectively partners with the services, just investors.

All of the legal stuff points that out. For the most part, the process seems to be pretty smooth, even if there’s plenty of work to do to improve transparency.

Doing the due diligence

A lot of what’s driving interest in collectibles as fractional assets is that seasoned investors are also taking the numbers seriously. When trading cards and comic books outperform the Dow Jones and S&P 500 since the financial crisis of 2008-09, big money starts to take notice. For now, it’s a nascent category in finance, and isn’t widely understood yet, so don’t expect the same level of refinement.

Not to mention that cards, comics and other collectibles aren’t monoliths. Not every card, comic, video game or pair of sneakers is going to derive the same value, or even rocket up to the levels we see now. It’s certain key ones that do, and if you’re not aware of the who, what, when and why, you may be walking in blind.

For example, if you’re not clear on why a pair of unworn, mint condition Air Jordans from the mid-80s are worth something, you should find out why they are. Same with a player’s card or a key comic. It’s not all that different than doing due diligence before buying shares in a company in the stock market.

The good news is you can dip your toe into this collectibles marketplace with a modest investment. If you only want to buy one share, you can. That way, you can see what the process is like and either build from there, or back out entirely. 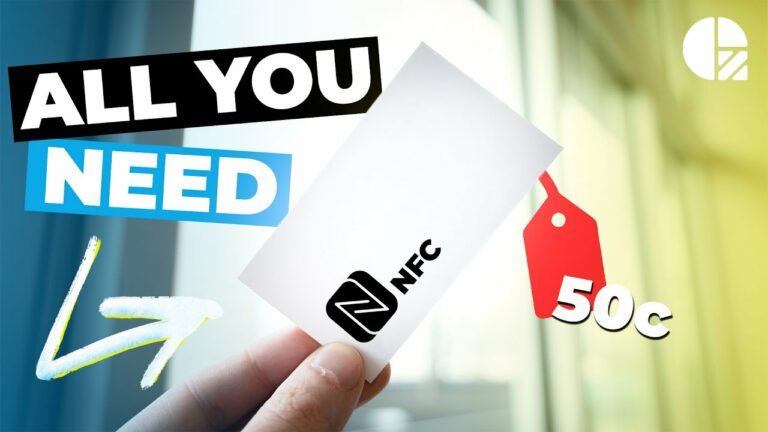 How to Make Your Own Digital Business Card

April 26, 2022
Business, Computers, How To, Mobile
In this video, we're going to show you how to program your own NFC Tags to operate as a digital... 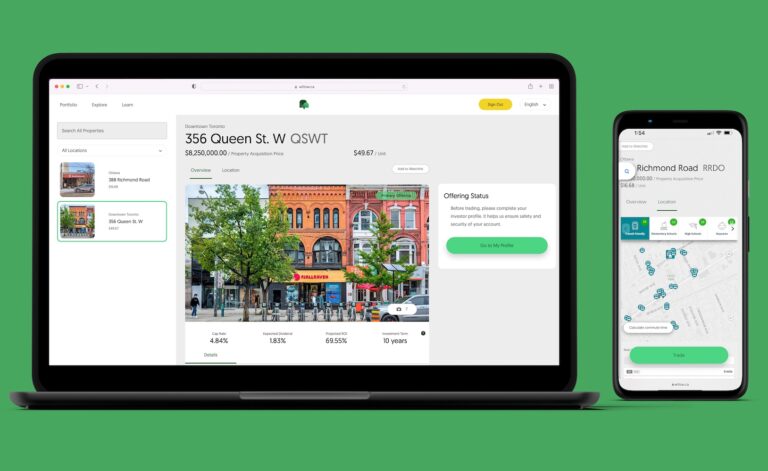