Want to listen to audiobooks? Audible vs. Audiobooks.com 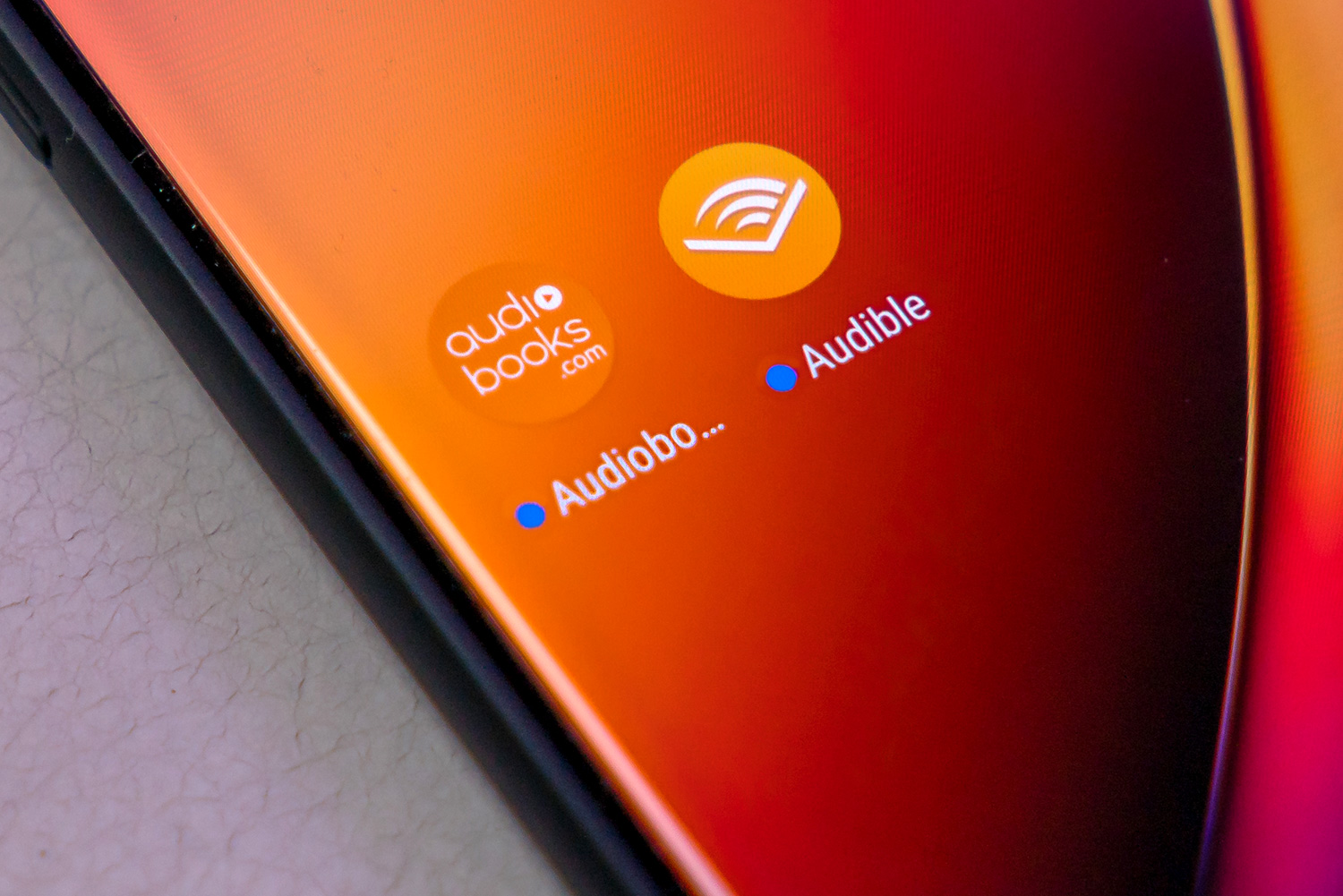 Not everyone is an avid reader, and audiobooks offer an alternative, but between Audible and Audiobooks.com, which one do you go with?

It’s not as easy a decision as it may seem. Audible has the power of Amazon behind it, though Audiobooks.com is no slouch as a subsidiary of RBmedia, who claims to be the largest audiobook publisher in the world. So, in essence, we’re talking about two titans in this space. Both offer similar content, and are pretty evenly matched in many ways.

There’s plenty to listen to between them, so each makes a compelling case. It’s just that some nuances pull them further apart, and it’s those subtleties that may determine which way you go.

Devices Audible and Audiobooks.com work with

In both cases, you have iOS and Android apps, plus those that work with tablets. And just as importantly, you get full support on Apple CarPlay and Android Auto. If you like the idea of listening to an audiobook during a commute, that’s an option for you. In fact, Waze integrates Audible into its own app, so you can access its content by just launching Waze.

Access for both services also extends to pretty much any web browser. That means you don’t get a desktop app for Windows or Mac, but you can easily listen through a browser.

Audible does hold a slight edge here because it also benefits from Amazon’s own device portfolio. Certain Kindle eReaders and Fire tablets readily work with it. Plus, you always have Alexa to turn to if you want to hear a book from a supported speaker. Audiobooks.com doesn’t have an Alexa Skill, so you can’t access audiobooks from it through the voice assistant.

Starting with Audible, you get a 30-day free trial that entitles you to two free audiobooks during that period. In the service’s own parlance, they call them “credits”, which are effectively tied to titles on a one-to-one basis. One credit gets you one audiobook, for example. That does limit what you can actually access because you have to be selective over which title you go with.

You can preview anything you come across by tapping the “Sample” button, which then plays a short clip of a few minutes. Even if you’re on a trial, you are allowed to outright purchase an audiobook that you would own yourself. Basically, by owning it, you could access it, even if you weren’t a paid subscriber.

Audiobooks.com sweetens the deal a little by giving you three audiobooks for the trial. However, beyond the first one, you have to choose the other two from its “VIP selection.” It is a 30-day trial to cover that initial trio of titles as well.

Both also offer a small library of free audiobooks you can check out and download. They’re titles whose copyright has expired, so we’re looking at older texts as varied as those from Plato, Adam Smith, Karl Marx, Bram Stoker and Sir Arthur Conan Doyle. The only caveat is that Audiobooks.com makes it much easier to find available free content. And, even better, you don’t even need to sign up to download them.

In Audible, I had to dig to get to the free stuff, and when I found something, it wasn’t laid out in a separate section.

What you get with an Audible subscription

Once the Audible trial ends, you’re on the hook for $14.95/month — good for one audiobook each month. It uses a system of “credits” where one credit is essentially good for one audiobook title. For every month, you get one new credit, plus an additional one to use exclusively with the Editor’s Extras section, which are curated titles from Audible staff.

In case you have buyer’s remorse when using that one credit you get each month, Audible does have an exchange policy. So, if you selected an audiobook and didn’t like it, you can “send it back”, so to speak. It’s very much a case of ‘abuse it, and lose it’ when it comes to utilizing it because the service will monitor how often you exchange titles. Do it too much, and Audible will cap the number for a full year.

If you’ve used up your one credit and want more, Audible says it cuts prices up to 30% for outright purchases. Buying audiobooks takes them beyond your membership, so they stay with you, even if you cancel.

However, you can also roll over unused credits. If you didn’t use one for one particular month, it rolls over to the next one. And they last for up to a year, so no rush on using them when you’re not ready.

There are perks in the United States that don’t apply to Canada. One is the option to buy a 3-pack of credits, and another is Audible Plus, another subscription to tack onto the primary one for more of a buffet-style streaming offering.

What you get with an Audiobooks.com subscription

After the 30-day trial with Audiobooks.com, you immediately enter the $14.95/month paid membership. That also dials things back to one credit per month, though you have options to expand on that.

The VIP Rewards section is a free giveaway each month, with a rotating set of titles you can access. They change on the first of every month, but grabbing one of those titles doesn’t take up a credit. Just remember that you’re entitled to one title in the section, so it’s not a free-for-all. You do keep the ones you downloaded for the duration of your subscription. Cancel, and they’re gone.

You can also choose to purchase audiobooks independent of the credit system, sometimes at a discount, sometimes not.

One key thing Audiobooks.com changed over the last few years is its overall model. It first started out as a streaming-only service that offered all audiobooks at once. Now, it’s more like Audible, with an a la carte foundation.

Both services make a big deal out of all the podcasts they offer, too. The gist is that they want you to use their apps to listen to your favourite podcasts. There’s a large selection to choose from, so there’s plenty to wade through, but is there anything else that stands out?

Audible Originals Podcasts are exclusive shows available only with a subscription, so there is a content library outside of the others. Audiobooks.com doesn’t produce its own podcasts, making it more of a platform to access existing ones you can find elsewhere, too.

How much data Audible and Audiobooks.com use

It’s hard to quantify data use with either service because audiobooks vary in size. Audiobooks.com recommends 150MB of data for an average audiobook, though doesn’t specify how large or small it is. Audible doesn’t offer any approximations, but it’s very likely to be in the same ballpark.

The best thing to do is download the audiobook to your phone over Wi-Fi and listen to it offline. You avoid any data issues with your phone, and negate having to stream, especially in situations where you have no reception.

Assessing the value of these services

Audiobooks.com has a bigger library than Audible does, whereas Audible has more exclusive content. You get more for free from Audiobooks.com, especially with copyright-free titles, while Audible has better device support.

It’s very much an experiential thing because it largely depends on what matters to you. If you mainly listen in the car, there’s no real difference between them. If it’s at home, and especially a smart home, Audible has the power of Alexa behind it. It’s where and when you listen that may be the first point of contention between these two. After that, it may be the content availability itself.

Either way, $15 per month is a lot to pay for any subscription service, so it needs to be worth it. Get through a book quickly, and you’re probably going to spend even more money. I can’t recommend a subscription for a casual listener. You have to be something of a junkie to get the most out of paying every month. Otherwise, just buy the titles you want outright a la carte.