How are the Logitech Master and MX Keys for multi-screen home offices? 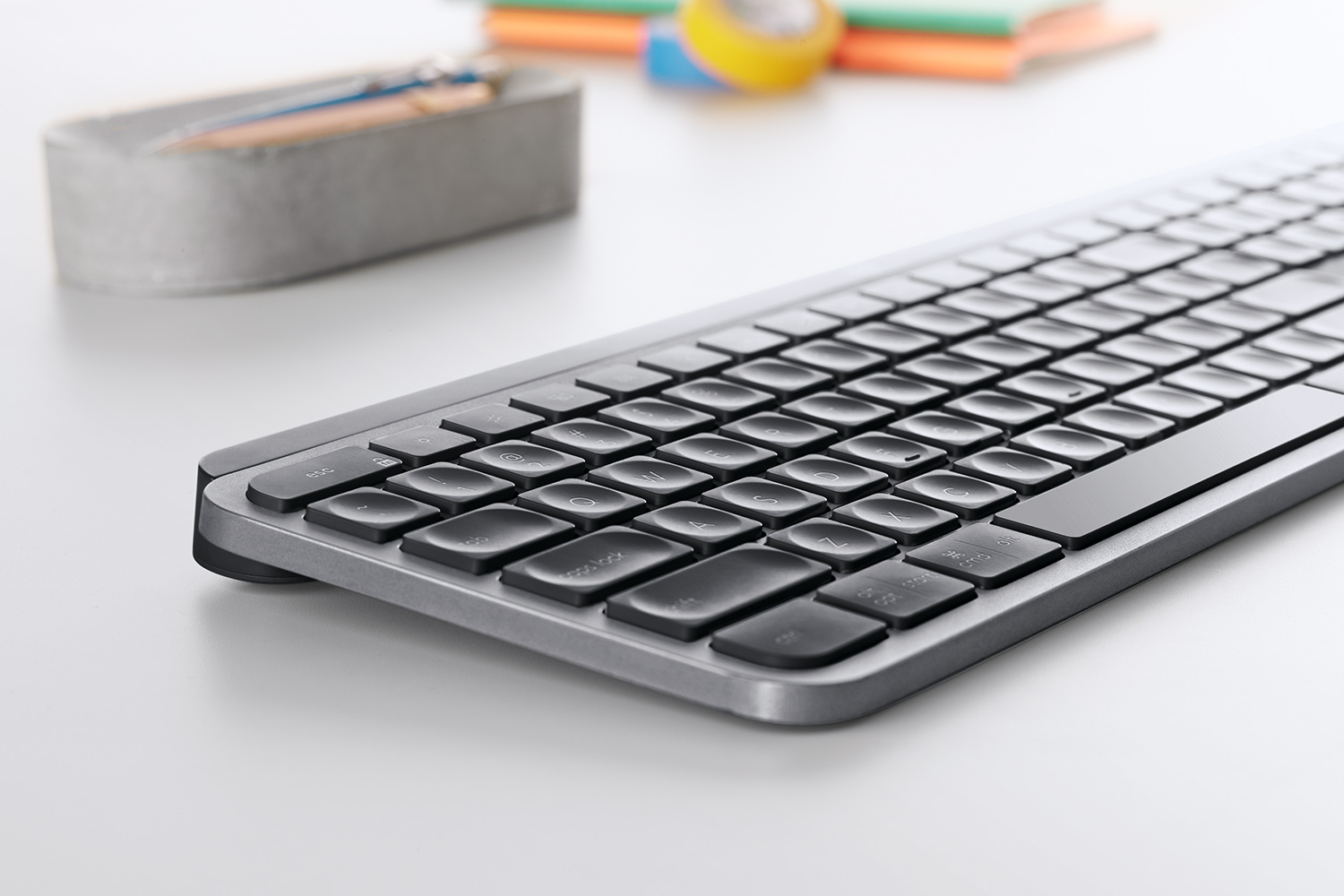 Whether you’re self-employed running a business from home, or setting up something more permanent with multiple screens, Logitech’s MX Master mice and MX Keys keyboards may be one way to tie them together.

A desktop setup could work well for both posture and convenience, but bringing together multi-screen setups needs the right tools. That means being able to switch from one screen to another, or even better — switching from one computer to another — even if it is a PC and Mac. That’s what makes these two products compelling.

To switch from one computer to another with little effort is a huge productivity gain, especially if your tasks between them are collaborative. Having used them myself, I’ve seen my own home office change in ways that will be permanent.

Logitech pulls this off with dedicated software it calls Flow that pairs with a USB adapter you plug into a computer. If you have, say, two computers, it’s best to plug an adapter in to each one (you get one with each mouse and keyboard). You may not have to if your computer can connect them directly via Bluetooth. In my experience, though, the adapters were very reliable.

This lets you drag the mouse cursor over from one screen to another as if they were one screen together. You can do the same with the keyboard, where you assign up to three different computers to dedicated keys. Press the one corresponding with that computer and type away. Press another one and you control that computer.

In essence, this gives you one keyboard and mouse for a whole desktop, helping clear up space on your desk, while also offering some seamless interaction. Mind you, this works just the same with two laptops, so it’s not exclusive to desktop spaces.

Flow runs through a desktop application called Logitech Options that you download on your PC or Mac. Go through the motions, and it should start working relatively quickly.

How Logitech MX can ‘Flow’ across screens

Doing this between two computers can be supremely satisfying. The main reason why is because the various functions you’re used to on one computer apply to both. For example, you could copy something from one computer, and then copy it to the other. I’ve personally done that several times with Zoom links.

Another is to drag-and-drop a file between the two machines for a super easy way to share without having to connect the two computers through a network share. As an example, imagine getting an email attachment that you need to use on the other computer. Or to bring a photo you edited from a MacBook Pro laptop to an iMac to include in a video. The same is true of using the keyboard to type out a document on one, while switching to respond to a message or email in the other. You get the point, but the idea is that workflows ‘flow’ with less friction.

It also helps that the mouse is more ergonomic. The MX Master 3, in particular, has both vertical and horizontal scroll wheels, and back and forward buttons. There’s even a button embedded in the thumb rest, along with the primary scroll wheel. With a fair bit of customization, you can pull off some useful navigation tricks here.

I found the mouse really comfortable to use, especially because of the palm rest that angles the wrist on a straighter angle. I saw a reduction in the wrist-related stiffness and pain I used to feel when using my laptop’s trackpad throughout a day. Just wish I had done it sooner.

The MX Keys is a full-length keyboard that includes a number pad, as well as programmable keys you can assign to specific apps or functions. It’s backlit, using onboard sensors to light up when your hands are near, and the key travel is nice and responsive. Like the mouse, it charges up via USB-C, and has a convenient on-off switch to preserve battery life.

While it has a slight incline, it doesn’t have an adjustable one all its own, so you would need to do that yourself, if necessary. It’s lightweight enough to take with you if you needed to move to the couch or another table, for example.

Unfortunately, the MX Master 3 isn’t made for left-handed folks. Logitech never released a variant to accommodate those who use a mouse with their left hands. It’s an omission that truly feels short-sighted for how it cuts out left-handers out in the cold. Even the MX Anywhere 3, which is a smaller and lighter version, doesn’t come with one for lefties.

Despite that, Logitech put together a solid combination of tools here. They do a great job bridging together more than one computer, while also maintaining a greater feel for ergonomics. If you work from home in a somewhat irregular or makeshift office environment, you’ll appreciate that. But even if you have a better layout, they deliver just the same.

However, they do come at a price. It’s $130 each for the MX Keys and MX Master 3, whereas the MX Anywhere 3 comes in at $100. So, it is a pricey proposition, but it does pay for itself in the convenience and productivity you get out of them.