Want to stream Amazon Prime Video? What you need to know 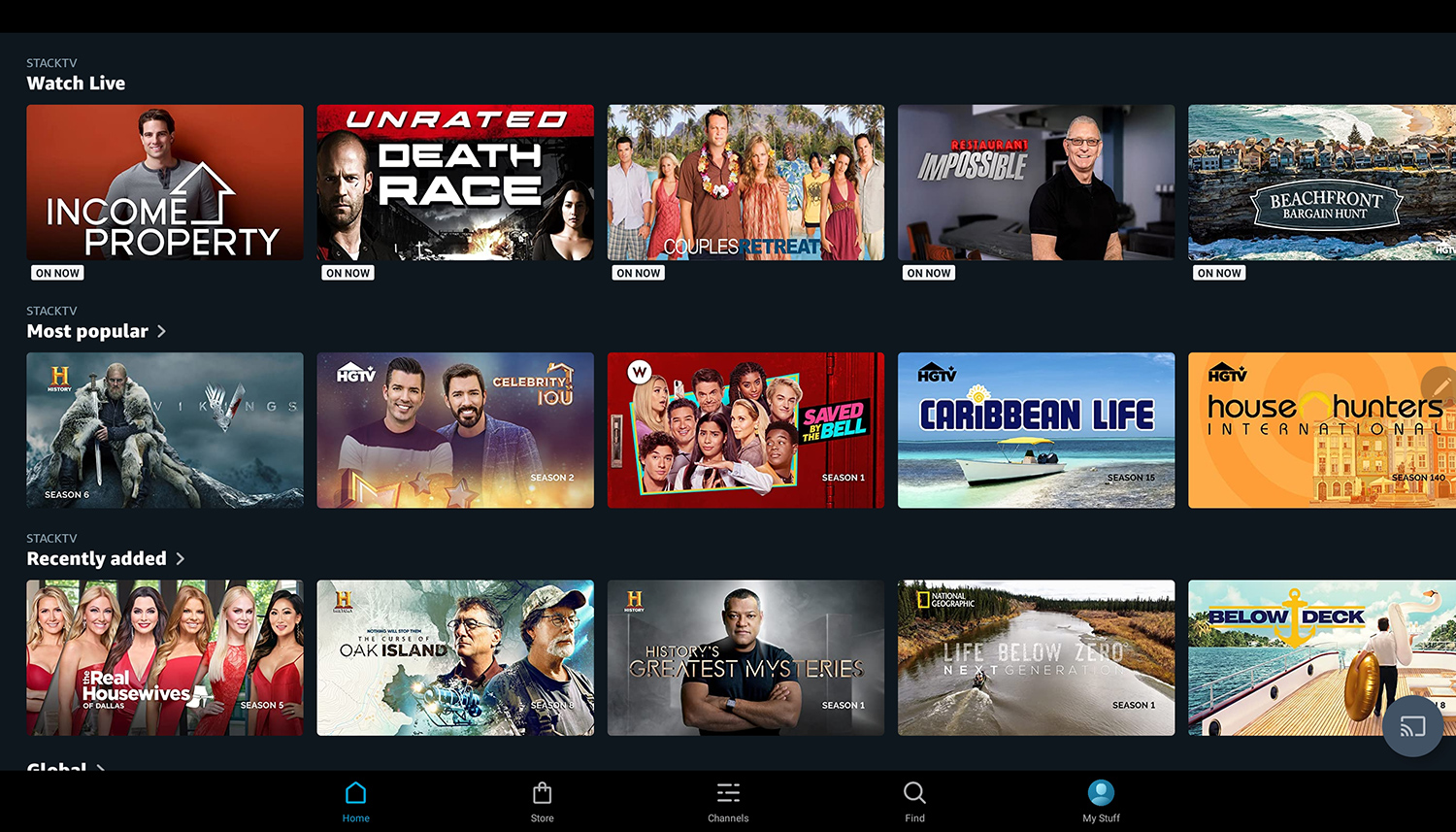 Amazon Prime is known more for free shipping when buying stuff online, but the streaming video service stands out on its own for some obvious reasons.

Prime Video plays in a crowded sandbox when you consider the competition involved. Netflix, Disney+, Apple TV+ and others compete for the same eyeballs, though Amazon holds one key advantage in that the service can be treated as an add-on. Avid shoppers subscribing to Prime on an annual basis get all the content available here.

That not only includes popular movies and shows from Hollywood and independent studios, but also content produced exclusively by Amazon. There’s a lot more than it may seem at first once you dive deeper.

Amazon has grown device support to the point where it’s arguably more extensive than competitors. It helps when you also make hardware products of your own, like the Fire TV Stick or Fire TV Cube, as well as the Kindle Fire tablets. Naturally, Prime Video works well on all of those.

There are iOS and Android apps, including versions optimized for the iPad and Android tablets. While Chromebooks do get their own Prime Video app, you’ll have to use a web browser on a Windows PC or Mac. If you want to use a Chromecast, you can beam content over to a TV that way.

Smart TVs from a variety of companies include the app one way or another. For some, like Sony, TCL, Hisense, Sharp, Insignia, it’s because they’re either running Roku or Android TV. Others from Samsung, LG and Vizio have their own platforms, all of which also offer Prime Video. For set top boxes beyond the Fire TV devices, Apple TV and Nvidia Shield also make it available. Even some boxes from Shaw, Telus, Bell and Rogers may include access to the service.

Unlike Netflix and Disney, who have nixed free trials entirely in Canada, you can sign up for Prime Video and watch for 30 days before spending any money on it. Quebec is the one exception, where instead of a free trial, Amazon offers the first two months at half the price. There are no limits to what you can stream or access during the trial.

The Prime Student plan is especially generous with a six-month free trial that offers full access throughout, and then a reduced monthly fee thereafter. Again, Quebec residents don’t get the free trial, receiving a seven-month period at the reduced rate.

There are two ways to go about this. You can subscribe to Prime itself for the free delivery perks, or go directly to Prime Video and do it there. You get the same benefits either way, so it doesn’t really matter as much which way you go. Amazon is explicit in that you need to have a valid credit card to pay for it. It won’t accept gift cards, prepaid cards, or something like PayPal.

With a card set up, you either pay $7.99/month or $79/year, the latter of which turns out to be cheaper in the long run. For students after the six-month trial, Amazon cuts the fee in half at either $3.99/month or $39/year. Once your access confirms, you can fully access the entire library and download content for offline viewing on mobile devices.

It lets you stream up to three videos at the same time from the same Amazon account. If it’s the same content, however, only two devices can stream them simultaneously. When it comes to downloading content for offline viewing or purchasing, you can save them on up to four mobile devices at any one time.

This does make it easier to share the subscription with others, as there are no real roadblocks to doing so. Amazon doesn’t offer a family plan to cover multiple users under the same account, so sharing the wealth is the closest you’ll get to that.

You do also have the option to rent or buy content outright, but take heed that you don’t actually ‘own’ it. Think of it as an open rental until Amazon loses the licensing rights. Once it loses the content, so do you, regardless of what you paid for it. One user has sued Amazon over this issue, but the fine print does note it in the terms of service. It’s just that the company doesn’t say so upon purchasing.

Because it’s only one price for everything, both 1080p HD and 4K resolutions fall under the subscription. Netflix charges extra for 4K, so this is a nice perk from Amazon. Older movies may not be in 4K, but newer shows and movies almost certainly will be, and provided you have a 4K TV, you shouldn’t run into any visual problems.

They also may support HDR and Dolby Atmos on the audio side. It depends on the content, but there’s a higher likelihood the newer the content is. Amazon suggests speeds of 1Mbps for non-HD and 5Mbps for HD content. It also notes that any “juddering” issues onscreen could be fixed by turning off the Motion setting on your TV. Different manufacturers have names for it, but the word “motion” is often found in there.

How much data Prime Video uses

Prime Video lays out three quality options of Data Saver, Good, Better, and Best. Data Saver weans usage down to just 140MB per hour. Good uses 380MB per hour, Better takes up an average of about 1.4GB per hour, and Best can go all the way up to 6.84GB per hour. You can manually change the video quality by going to My Stuff>Stream & download>Streaming quality and selecting one from there.

Prime Video has a bigger library than it may initially appear, though I find its navigation and layout lacking in comparison to others. Once you find your way around, you’re sure to come across at least one gem, and go from there.

There are a number of exclusive shows (Amazon Originals) to look at, like The Man in the High Castle, The Boys, Yellowstone, The Marvelous Mrs. Maisel, Hunters and The Expanse, among others. That’s on top of all the other shows and movies complementing its own lineup.

Amazon also partners with other services through “Prime Video Channels,” which includes StackTV, Super Channel, Starz, iFC, MGM and several others. All of those have their own subscriptions, but you can try them out free through their respective 30-day trials as well. StackTV, in particular, bundles together about some live TV channels owned by Corus Entertainment, along with Canadian versions of others, like History Channel, Food Network, National Geographic and Adult Swim.

One thing that is free, no matter what, is Global TV news, where you can stream the national broadcast, or feeds from Toronto, Calgary, Edmonton and B.C. as part of the Prime Video account.

Given its cheaper price, especially compared to Netflix, Prime Video could very easily complement other subscriptions. Even if you don’t shop on Amazon often, the streaming video portion pays for itself.